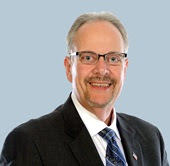 Representative William Crocker (R-Barnstable) has been appointed by House Minority Leader Bradley H. Jones, Jr. (R-North Reading) to serve on a special commission to study the prevention of suicide among correction officers in Massachusetts.

According to a February 2016 investigative report by WCVB-TV, 14 male and female employees of the state’s Department of Correction (DOC) committed suicide over a 5 ½-year period between 2010 and 2016.  In January of 2016, citing figures from the DOC and the Department of Public Health (DPH), the Springfield Republican newspaper reported that the “suicide rate among correctional officers … is around six times the rate of suicides in the general Massachusetts population.”

The 13-member commission, which was created as part of the 2018criminal justice reform law, will review existing suicide prevention programs and policies within Massachusetts’ correctional facilities.  In addition to providing recommendations for improving suicide identification and intervention for correctional facility staff, the commission will also explore ways to make mental health counseling more accessible to correction officers in need of services.

“Representative Crocker is familiar with our state’s correctional system, having previously worked as a teacher in the Bristol County House of Correction for 3 years,” said Representative Jones.  “His prior experience and insight will be an asset to the commission as it works to devise ways to prevent suicide among correction officers by making sure they have the full range of support and services they need.”

The commission is due to report its findings and recommendations to the Legislature by December 31, 2018.

Representative Crocker currently serves on three joint legislative committees, including Children, Families and Persons withDisabilities; Mental Health, Substance Use and Recovery; and Tourism, Arts andCultural Development.  He represents the Second Barnstable District, which includes Precincts 2, 3, 4, 5, 6, 7, 8, 9, 10, and 13 in Barnstable, as well as Precincts 5 and 6 in Yarmouth.
Posted by Massachusetts House Republicans at 10:27 AM