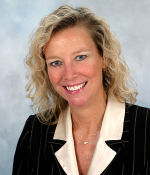 Representative Gifford, who currently holds the title of Assistant House Minority Whip, will serve as Representative Jones’ designee on the Cranberry Industry Revitalization Task Force.  Created as part of the Fiscal Year 2016 state budget, the 18-member task force will look at ways to promote innovation in the cranberry farming community while also addressing the impact of increased fixed costs, studying alternative and renewable energy uses for growers, and investigating the unique geography, culture and needs of the cranberry industry.

“Cranberry harvesting plays an important role in the Massachusetts economy, particularly in the Southeastern part of the state, but the industry is facing a number of challenges,” said Representative Jones.  “I am confident Representative Gifford will do a tremendous job helping the task force come up with both short-term and long-term solutions to ensure the sustained growth of this vital industry.”

“As a co-sponsor of the legislation that established this task force I am honored to be Minority Leader Jones’ appointee and look forward to working toward solutions,” said Rep. Gifford. “This is not just about growing cranberries but agricultural efficiencies and environmental innovations focusing on long term goals.  Many growers have struggled to make ends meet for many years and the lack of alternative options is making matters worse.”

According to a 2014 study of the “Economic Impact of the North American Cranberry Industry” conducted by researchers at the University of California, Davis, Massachusetts harvested over 2.1 million bbl (100 lb. barrels) of cranberries in 2012 alone, or 26% of the U.S. total, making it the second-largest cranberry-producing state after Wisconsin.

The report (available at http://www.uscranberries.com/Images/News/GeneralFolder/EIReport20140814.pdf) notes that “cranberries are the second-most important agricultural product in Massachusetts, behind only greenhouse and nursery products,” and found that the quarter billion dollar cranberry industry in Massachusetts was responsible for 1,682 jobs and “nearly $50 million in direct economic activity annually over 2009-2012.”

The task force is due to report back to the Legislature with its findings and recommendations by February 1, 2016.

Representative Gifford represents the Second Plymouth District, which consists of the communities of Carver, Wareham, and Precincts 3 and 6 in Middleborough.  A member of the Massachusetts House of Representatives since 2003, she currently serves on the House Committee on Steering, Policy and Scheduling.
Posted by Massachusetts House Republicans at 11:45 AM