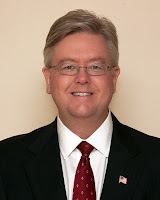 Attached below is a copy of a column by Representative Randy Hunt (R-East Sandwich) regarding the Pacheco Law which ran in the Globe South edition of the Boston Globe yesterday:


You can put your hands down. You know what happened. The MBTA finally crumbled under the weight of not only the snow and ice, but the weight of deferred maintenance, uncollected fares, outrageous absenteeism, and years of inefficiencies exacerbated by a law that was designed to protect inefficient government-run programs, namely the Pacheco Law.


Hatched in 1993, the Pacheco Law quickly converted Massachusetts into the most anti-privatization state in the country. With that came a steep cost that taxpayers continue to pay today, both in terms of dollars spent — for example, according to a 2013 Pioneer Institute report, the MBTA’s bus transit system ranks fourth out of 379 US systems in highest maintenance costs per mile driven — and the virtual handcuffing of government agencies seeking to improve operations.


Road maintenance is another poster child for inefficient operations, and you don’t have to go far to illustrate the point. According to a Reason Foundation report released last year, the six New England states maintain 24,225 miles of roads, 3,662 miles of them in Massachusetts. The average annual expenditures per road mile for the six states, including Massachusetts, is $360,000. In Massachusetts, we pay $675,000. If we paid the average amount per road mile, we would save $1.2 billion per year. Put another way, Massachusetts could invest an additional $1.2 billion per year in its roads and bridges, something everyone on Beacon Hill believes is necessary.


The Speaker of the House, Robert DeLeo, has joined hands with Governor Charlie Baker by backing a five-year hiatus from the Pacheco Law for the purpose of making necessary reforms at the MBTA. Senate President Stanley Rosenberg has not supported this relief.


It is not a stretch to believe that the MBTA’s woes, and those of its passengers, will continue if the Pacheco Law is not put aside for a while. If it is, the next five years will prove that it is time for the Pacheco Law to go.
Posted by Massachusetts House Republicans at 11:33 AM