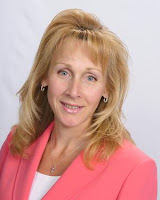 In case you missed it, Representative Shaunna O’Connell recently made numerous media appearances to discuss recent allegations of the misuse of EBT cards.

Yesterday, Representative O’Connell was a guest on Broadside with Jim Braude where she joined guest-host Joe Battenfeld to discuss reports in the Boston Herald that individuals in Lynn were misusing their taxpayer-funded EBT cards by allegedly purchasing illegal drugs. To view the entire segment play the video posted below.

Representative O’Connell was also a guest on the Howie Carr show to talk about legislation she has filed that would form a commission to review how best to combat the ongoing abuse of EBT cards in the Commonwealth. Click here to listen the interview in its entirety.

This morning, Representative O’Connell was on-air with Jeff Katz on Talk 1200. Click here to listen to the segment in its entirety.
Posted by Massachusetts House Republicans at 9:03 AM