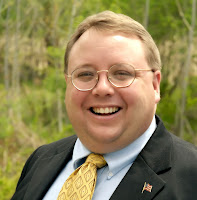 Representative Frost will join House colleagues and Committee appointees Joseph Wagner (D-Chicopee) and Brian Dempsey (D-Haverhill) as well as Senators Richard Ross (R-Wrentham), Stanley Rosenberg (D-Amherst) and Jennifer Flanagan (D-Leominster) to reconcile the differences between the House and Senate versions of the expanded gaming bill. Currently, the bill calls for three resort casinos and one slot parlor in Massachusetts.

“I am honored to have been appointed to this Committee by House Minority Leader Brad Jones,” said Representative Frost. “The Commonwealth of Massachusetts is on the verge of passing a major piece of legislation that will have a profound effect on both the state’s economy and residents. I look forward to joining my House and Senate colleagues in what I hope will be an open and inclusive process aimed at ironing out the differences in the House and Senate versions of the expanded gaming legislation.”

I remain optimistic that the process is open and will be inclusive of all members of the Committee.
Posted by Massachusetts House Republicans at 11:16 AM