'A Date Which Will Live In Infamy' 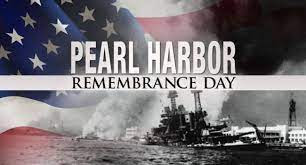 It was 81 years ago today that the US naval base at Pearl Harbor came under attack, precipitating the United States’ entry into World War II. On December 7, 1941 – which President Franklin D. Roosevelt proclaimed would long be remembered as “a date which will live in infamy” – 2,403 American service members and civilians were killed, and another 1,178 injured.

On National Pearl Harbor Remembrance Day, the House Republican Caucus joins with Americans everywhere in honoring the memories of those who perished on that fateful Sunday morning more than eight decades ago. Their service and sacrifices will never be forgotten.