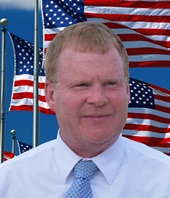 House Minority Leader Bradley H. Jones, Jr. (R-North Reading) has appointed State Representative Kelly Pease (R-Westfield) to serve on an interagency task force that will review and investigate water and ground contamination of per- and polyfluoroalkyl substances (PFAS) in Massachusetts.

Created as part of the Fiscal Year 2021 state budget, the 19-member task force will work to develop response plan strategies, explore various treatment and disposal options, and assess how state agencies can most effectively reduce or eliminate the risks associated with PFAS contamination. As part of its investigation, the task force will look at the use of fluorinated aqueous forming foam in firefighting and fire training activities and evaluate effective non-fluorinated alternatives, while also examining ways to limit Massachusetts residents’ exposure to per- and polyfluoroalkyl substances through food packaging.

“One of the first bills Kelly filed as a legislator was a proposal to have the Department of Environmental Protection study the effect of PFAS substances in commercial products,” said Representative Jones. “His advocacy efforts in this area will serve the task force well as it works to address the serious public health and environmental issues associated with PFAS exposure.”

The task force is scheduled to report back to the Legislature with its findings and recommendations by December 31, 2021.