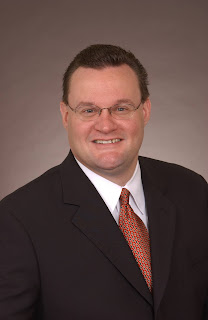 Representative Bradley H. Jones, Jr. (R-North Reading) has been unanimously re-elected by his Republican colleagues to serve a ninth term as Minority Leader of the Massachusetts House of Representatives.

With the 2019-2020 legislative session officially getting underway on January 2, Jones will oversee a 32-member caucus.  In addition to 29 returning members, the House caucus now includes three freshman legislators elected in November of 2018: Norman Orrall of Lakeville, AlysonSullivan of Abington, and Mike Soter of Bellingham.

“Having the support of both the returning and the incoming House Republican Caucus members means a lot to me,” said Representative Jones.  “I appreciate my colleagues’ vote of confidence and thank them for giving me the opportunity to continue to lead the caucus over the next two years.”

In his inaugural remarks, Jones noted that the Legislature’s priorities in the new session “must continue to be a stronger economy for all, fiscal responsibility, and continuing to transform the way we operate as a government and provide services to our citizens.”

“While our economy is certainly stronger than it was just a few short years ago, we cannot be satisfied,” Jones said. “We must continue our efforts to ensure economic opportunity and the chance for success reach all corners of our Commonwealth.”

A lifelong resident of North Reading, Jones was first elected to the House of Representatives in 1994.  He has served as House Minority Leader since 2003.

“It is an honor and a privilege to represent the residents of the Twentieth Middlesex District,” said Representative Jones.  “I am forever grateful for the support of my constituents from North Reading, Lynnfield, Reading and Middleton, and I look forward to continuing to work on their behalf and making sure their voices are heard on Beacon Hill.”

Representative Jones continues to maintain his perfect voting record.  Since entering the Legislature, he has never missed a single vote and has now cast 7,075 consecutive roll call votes.
Posted by Massachusetts House Republicans at 4:51 PM