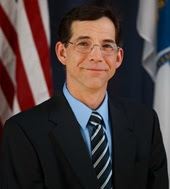 The House bond bill, which was approved on June 13, includes nearly $3 billion in capital authorizations to support a variety of local and statewide environmental initiatives.  The Senate engrossed its own version of the bill – An Act promoting climate change adaptation, environmental and natural resource protection, and investment in recreational assets and opportunity – on July 12.

“Representative Berthiaume is well-versed on environmental policy, having served as a member of the Joint Committee on Environment, Natural Resources and Agriculture,” said Representative Jones.  “His experience will be an asset to the conference committee as it works to negotiate a compromise bill.”

A Navy veteran and former Spencer selectman, Representative Berthiaume also serves as a member of the Joint Committee on Veterans and Federal Affairs, and the House Committee on Ways and Means.  Joining him on the conference committee are Representatives David Nangle (D-Lowell) and William “Smitty” Pignatelli (D-Lenox), along with Senators William Brownsberger (D-Belmont), Anne Gobi and Donald Humason (R-Westfield).

The conference committee will attempt to reach an agreement on compromise language before formal legislative sessions end on July 31.

Representative Berthiaume was first elected to the House of Representatives in November of 2014.  He represents the 5th Worcester District, which is comprised of 11 communities, including Barre; Brookfield; East Brookfield; Hardwick; Hubbardston; New Braintree; North Brookfield; Oakham; West Brookfield; and portions of Spencer and Ware.
Posted by Massachusetts House Republicans at 12:27 PM