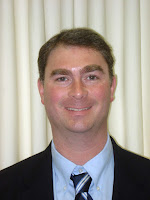 The House of Representatives and the Senate recently approved different versions of An Act financing the production and preservation of housing for low and moderate income residents in an attempt to ensure longtime residents of Massachusetts can continue to afford to live in the state they call home.

Representative Hill will serve on the conference committee alongside Senators Joseph Boncore (D-Winthrop), John Keenan (D-Quincy) and Patrick O'Connor (R-Weymouth), as well as Representatives Kevin Honan (D-Brighton) and Joseph McGonagle (D-Everett).  The conferees will try to reconcile the differences between the House and Senate versions of the bill, with the goal of producing a compromise proposal that can be sent to Governor Charlie Baker for his signature before the end of formal legislative sessions on July 31.

Representative Hill currently serves as the Assistant Minority Leader of the House of Representatives.  He represents the Fourth Essex District, which consists of the Towns of Hamilton; Ipswich; Manchester-by-the-Sea; Rowley; Topsfield; and Wenham.
Posted by Massachusetts House Republicans at 1:15 PM