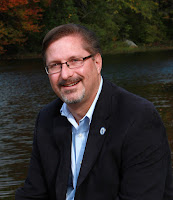 The following column by State Representative Kevin Kuros (R-Uxbridge) appeared in the March 11 print edition of the Boston Globe’s West section in response to the question “Should mobile homes be counted as part of a community’s affordable housing stock?”

Yes, these units should be counted as affordable housing, but first we ought to stop calling them “mobile homes” as they are rarely moved. The more appropriate term is “manufactured” homes. A 2011 Vermont survey showed the average length of residence in a manufactured home park in that state was 11 years. Clearly, the 18 to 20 million people nationwide living in manufactured homes are using them as affordable, permanent residences.

They cost hundreds of thousands of dollars less than traditional site-built homes, yet they share many important attributes with them. They can qualify for Federal Housing Administration and Department of Veterans Affairs financing. If they are permanently affixed to the land and the land is owned, they qualify as “real” property and can be financed with a mortgage. And if used as the owners’ primary residence, a Declaration of Homestead can be filed with the Register of Deeds to protect against unsecured creditor claims.

Since they are built in factories and then shipped to the home site, the construction of manufactured homes is more efficient. The manufacturer and buyer benefit from economies of scale, and there is no lost construction time for weather. The net result is comfortable, safe, quality housing at affordable prices, the exact reason the state’s Chapter 40B Affordable Housing law exists!

A 2012 insurance industry survey of over 10,000 manufactured home owners showed that 55 percent reported an income of less than $30,000, 40 percent didn’t anticipate ever selling or moving from their home, only 9 percent have a 4-year or advanced degree, 23 percent were under 30 years old, and nearly 20 percent were age 60 and above. These are all demographic segments that benefit tremendously from affordable housing.

Manufactured homes are the best means for many people to overcome exorbitant housing costs while fulfilling the American Dream of homeownership. Allowing communities to count them toward their affordable housing stock, which would be allowed under legislation now on Beacon Hill, not only makes sense but will also allow the Commonwealth to better gauge the true inventory of affordable housing for planning purposes. Count manufactured homes in the numbers!
Posted by Massachusetts House Republicans at 4:32 PM