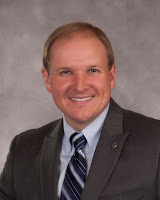 Representative Todd M. Smola (R-Warren, Ranking Member, Committee on Ways & Means) has been selected to serve on a special commission to review the decision of the Supreme Judicial Court in Public Employee Retirement Administration Commission v. Edward A. Bettencourt. House Minority Leader Bradley H. Jones, Jr. (R-North Reading) selected Representative Smola for the post. He is one of four state legislators named to the commission.

Created as part of the Fiscal Year 2017 state budget, this special commission is charged with making recommendations, including proposed legislative amendments to Massachusetts state law relative to the state retirement and pension systems. He will be joined by designees from the Attorney General, the State Treasurer, the Massachusetts District Attorneys Association, the Public Employee Retirement Administration Commission and the Retired State, County and Municipal Employees Association of Massachusetts.

“Representative Smola has a strong understanding of the state’s pension laws, having previously served as a member of the Joint Committee on Public Service,” said Representative Jones.  “The knowledge he brings to the table will be an asset to the special commission as it reviews the state’s existing forfeiture law and considers potential pension reforms to recommend to the Legislature.”

“This court case raised a number of important questions about how we maintain government accountability in Massachusetts; while at the same time protect the legal rights of individuals,” said Representative Smola. “I appreciate the confidence that Representative Jones has placed in me to serve in this capacity. I look forward to working on the commission and proposing reasonable reforms that help to promote fairness and responsibility."

The commission will make a report of its recommendations no later than March 1, 2017.
Posted by Massachusetts House Republicans at 11:53 AM