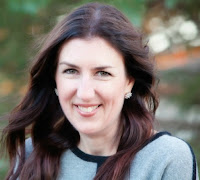 “The Public Health Committee deals with a wide range of issues that directly impact the health and well-being of every Massachusetts resident and I am confident that Representative Kane will do an exemplary job to help facilitate the committee’s work in this area,” said Representative Jones.
“I am honored to accept this appointment and I look forward to working with my colleagues to address some of the critical public health issues that will come before the committee this session,” said Representative Kane.

Representative Kane has recently hired a new intern who will aid in the research of important public health issues such as the proposed legalization of recreational marijuana use, an issue Representative Kane has openly opposed and one that is likely to appear as a ballot initiative in 2016. The new research intern, James Ko, is currently in his junior year at Boston University as a political science major. Representative Kane also serves on Worcester County District Attorney Joe Early's Opioid Task Force.

Representative Kane represents the 11th Worcester District, which is comprised of the town of Shrewsbury and Precincts 4 and 5 in Westborough.
Posted by Massachusetts House Republicans at 10:23 AM