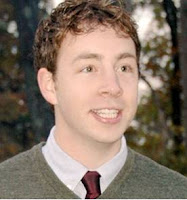 All this is possible, but it requires a change in direction on Beacon Hill. For a decade, Massachusetts residents witnessed neighbors packing and businesses closing. The rise of political scandals, patronage and corruption were matched only by increases in taxes on businesses and families.

In his State of the Commonwealth address, Gov. Deval Patrick's solution to Massachusetts' problems was an expansion of economic control, manifested in higher taxes, or more politely put, “revenue.” But reform, not revenue, is what Massachusetts needs.

Instead of investing in government expansion with a nearly $3 billion income tax increase, Massachusetts should reinvest saved tax dollars from reforms in education and public transportation. At the very least, this proposal must also launch conversations about reforming state government to save taxpayer money.

First, reform taxpayer-funded entitlements, like health care. In 2011, former Health and Human Services Secretary JudyAnn Bigby identified $93 million in health services expenses for individuals “who have not provided documentation of qualified status.” Last year, she identified $178 million in health benefits to “persons who have not provided documentation,” or whose status is “not available.” In short, Massachusetts leaders don't know who is using our healthcare services to the tune of millions of dollars. Whether you're from New Hampshire or New Guinea, taxpayers should not foot the healthcare bills for people not paying taxes here. Estimated costs of these programs since the inception of universal health care in 2006 top $1 billion. Before raising taxes, lets reform the $8.4 billion health and human services budget.

Second, reform project labor agreements (PLAs) by opening up the labor market. PLAs guarantee cost increases by limiting bids to union-only contractors and locking out nearly 85 percent of the construction workforce that choose not to unionize. Open bidding leads to competitive prices that benefit taxpayers. Studies show that PLAs increase construction costs at least 20 percent. If, for example, the $750 million overhaul of UMass-Boston were stripped of its PLA, the savings could top $150 million with fair and open competitive bidding.

Massachusetts is revisiting a path paved long ago, to “Taxachusetts.” Residents rejected that in 2000, as more than 1.5 million voted to roll back the income tax rate to 5 percent. But Beacon Hill overturned the will of the people, favoring revenue over reform. When people vote, their voice should not only be heard; their vote should be heeded. The governor's tax increase proposal not only ignores our past, it ignores the numbers: more people voted for the income tax rollback than the governor's re-election. Massachusetts Republicans must stand against the usurpation of the people's vote, and stand for reforms that will save taxpayers billions. Instead of being purveyors of revenue, we must be preachers of reform that a majority of our residents wants.