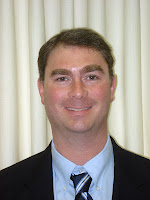 "With the signing of Melissa’s Law, the legacies of Melissa Gosule and Officer Jack Maguire will forever live on.

This decade-long journey has afforded me the opportunity to forge a lifelong relationship with the Gosule and Maguire families. The unwavering tenacity that these two families have shown for public safety, as a result of their tragic loss, has been truly inspiring.

The memories of Melissa and Jack will be embedded in our hearts and minds forever. With the signing of this law, the citizens of Massachusetts can rest assured knowing that the tragic losses suffered by the Gosule and Maguire families have made the streets of the Commonwealth safer. While we may never know exactly who, or when, we do know that Melissa’s Law will save someone’s life.

Melissa’s Bill, now Melissa’s Law, is balanced in a way that targets the most violent and heinous repeat criminals, while recognizing the need to rehabilitate and restructure sentencing for non-violent drug offenders.

The commitment of the Legislature throughout this process proves that common-sense and public safety transcend party lines. I thank my colleagues for their continued support and advocacy.”

Posted by Massachusetts House Republicans at 8:36 AM