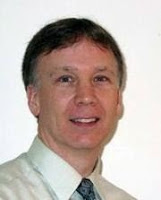 In case you missed it, Peter Durant won the special election run-off in the 6th Worcester District yesterday against incumbent, Representative Geraldo Alicea.

Peter Durant’s victory is a testament to his passion, perseverance, and principles. For these reasons, we would like to congratulate Representative-elect Durant. We look forward to welcoming him to the Republican caucus, and working with him on not only issues that face the 6th Worcester District, but those that face the Commonwealth as a whole.

Additionally, we would like to commend Jim Dixon and his hard fought and valiant effort in the race for the 10th Middlesex District. Jim did a great job in spreading his ideas for Beacon Hill and the 10th Middlesex district. We are grateful for the campaign he ran. We extend our congratulations to Representative-elect John Lawn, who won, and look forward to working with him in the Legislature.
Posted by Massachusetts House Republicans at 9:35 AM